Is Netflix blocking Johnny Depp from being cast in their reboot of The Addams Family? Let's examine how likely this new rumor is.

Sources have reported for several months Tim Burton is allegedly lobbying Netflix to allow him to cast Johnny Depp in the role of Gomez in his reboot of The Addams Family. We rate that rumor as LIKELY considering the duo’s history. What was never too believable was the streaming giant actually agreeing to the famous director’s request. As The Hollywood Reporter reported late last year, Depp’s erratic and violent behavior on movie sets, along with his “unquenchable thirst for revenge” on ex-wife Amber Heard has wrecked his career. Add a rabid fanbase that’s been compared to both Donald Trump’s truther army and Qanon and you have a recipe for some very bad publicity for any studio that hires him.

The Geek Buzz rates this claim as 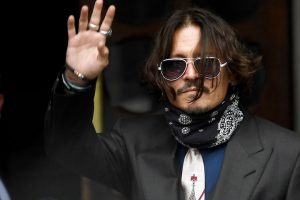 CLAIM: The FBI is Investigating Amber Heard for Perjury in Australia
CLAIM: Johnny Depp’s Attorney Was Kicked off the Virginia Lawsuit by the Judge
Comment