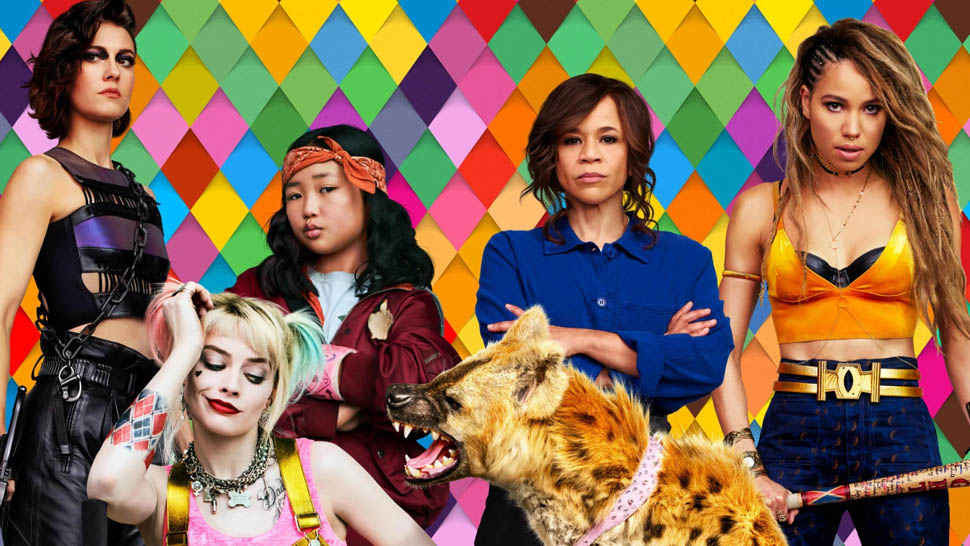 Harley Quinn. How can you NOT write her for laughs? And that's exactly what you get in DC's latest R-rated comic book gonzo film Birds of Prey (and the Fantabulous Emancipation of One Harley Quinn), a film that owes more to the 1960s Batman series than any recent DC film.

When I was kid I was (actually still am) a Superman fanatic. After seeing Christopher Reeve’s original ’78 classic one cold December day I collected and read everything I could about the character. One story that always stood out to me was how the director, Richard Donner, pushed back on several scripts that were too comedic. He believed that if his movie didn’t take the source material seriously, then ticket buyers wouldn’t, either. And thus began my disdain for any funny treatment of iconic comic book characters. I’ve softened in my old age, though, because some call for a lighter approach. Case in point: Harley Quinn. How can you NOT write her for laughs? And that’s exactly what you get in DC’s latest R-rated comic book gonzo film Birds of Prey (and the Fantabulous Emancipation of One Harley Quinn.)

A pseudo- sequel to 2016’s Suicide Squad, the official synopsis of the film states: After splitting with the Joker, Harley Quinn joins superheroes Black Canary, Huntress and Renee Montoya to save a young girl from an evil crime lord, Black Mask in Gotham City. But to quote The Flash from the 2017 Justice League movie, “that seems like a slight over-simplification.” What we actually have is a sweet but psycho anti-hero who, after declaring her independence from a killer clown, finds herself on a crazy girls night out and fighting crime in a series of action-packed scenes powered by some truly fun writing. It’s a grand carnival ride featuring updated interpretations of some of DC’s most iconic characters.

Birds of Prey is the name of a (mostly) female superhero team  featured in several American comic book series, miniseries, and special editions published by DC Comics since 1996. The book’s premise originated as a partnership between Black Canary and Barbara Gordon (formerly Batgirl), who had adopted the codename Oracle at the time, but expanded to include additional superheroines. The team previously appeared in a slightly more faithful rendition on the now-defunct WB television network. The vastly underrated 2002 TV version of Birds of Prey featured key characters Batgirl/Oracle, the daughter of Black Canary, and a meta-human version of Huntress who’s secret identity was that of the original character’s – Helena Wayne, the daughter of Batman and Catwoman. Though it lasted just one season, it’s developed a cult following of sorts in comic fandom, mainly on the aesthetics of the sets and Dina Meyer’s portrayal of the wheelchair confined Barbara Gordon, a victim of the Joker as seen in flashbacks.

This new incarnation shares much of the TV show’s DNA. It takes liberties with the source material that concerned many in fandom but, in hindsite, were truly inspired. Top of that list is Margot Robbie’s decadently psychotic portrayal of Harley Quinn, a character who was never a part of the comic book team but who, nevertheless, fits right into this ragtag group of women kicking ass and taking names. Let’s face it, she was the lone bright-spot in the otherwise dismal Suicide Squad film from 2016.  There, Robbie’s character was a beyond bi-polar tough be sweet sex kitten in a dysfunctional relationship with the Joker (seriously, what other type of relationship could those two have?) In Birds of Prey, she’s emancipated from the confines of that coupling, single, and ready to mingle – if by mingle you mean kick some bad guy ass. The sex kitten part of her personality is dialed back just a little bit, and the crazy is cranked up in a big way.

Mary Elizabeth Winstead’s turn at the Huntress is the more familiar version to fans of the crossbow-carrying vigilante. A classic character who’s been around for decades, in this film she’s Helena Bertinelli, the daughter of a Gotham City crime boss who watched her family die at the hands of a rival gang when she was just a young girl. These events set up her motivations in the film and though she doesn’t have a tremendous amount of screen-time, she makes the most of it in some pretty crucial action scenes. One of my gripes about his film is I wanted to see more of her because she’s been one of my favorite DC characters since DC Comics’ Secret Origins of Superheroes from December, 1977. But this a Harley Quinn film so I’m happy for the time I did spend with the lovely but deadly Huntress.

One of the more criticized casting choices was Jurnee Smollett-Bell, who picks up the mantle of Black Canary. A bi-racial actress, Smollet-Bell has the misfortune of taking on the character while the popular Katie Cassidy is still kicking ass in the role in the CW’s Arrowverse. She’s also endured a backlash from some fans because of her ethnicity. To that I say grow up. Smollett-Bell is an accomplished, Oscar-caliber actress who is easily the most interesting Bird in the movie. She turns in a performance that already has people talking about a spin-off.  For an introduction to the actress,  I highly recommend WGN’s Underground, a drama series about the Underground Railroad in Antebellum Georgia.

Rounding out the team is Renee Montoya (Rosie Perez),  a tough ex-cop, and Cassandra Cain (Ella Jay Basco), who will one day be an incarnation of Batgirl.  Though Perez really has a secondary presence in the movie, Basco tries to steal every scene she’s in with Robbie’s Harley Quinn, almost succeeding at times.

The villain. Oh, boy. If any creative decision has met with more vitriol than Smollet-Bell’s casting as Black Canary, it was the decision to make Black Mask gay. Played by Ewan McGregor, the character truly is the glue that holds the film’s delightful messiness together. His ‘Liberace in Silk Pajamas’ personality lights up the screen every time he’s on it and some have even whispered it’s an Academy Award-winning performance. While I wouldn’t go that far, the portrayal is compelling and he’s the perfect misogynist foil for the Birds of Prey.

Misogyny, you say? Of course. A girl gang movie wouldn’t be complete without an overarching theme of girl power vs. the patriarchy, and Birds of Prey delivers. The films’s entire message is, as Scott Mendelson termed it,  how the patriarchy divides women to the benefit of men. It doesn’t scream this message. Indeed, it might be pitched above the heads of the garden-variety alt-right self-appointed gatekeepers who whine every time anything other than straight white males are represented on a movie screen, but the message is there for it’s intended recipients (my 14 year old daughter picked it out immediately.)

But make no mistake. Supporting characters and moral messages aside, this is a Harley Quinn movie and it succeeds as such. The plot is often messy, the violence is often over the top, and f-bombs are dropped throughout. But it’s a definitely a thrill ride. It’s not dark, somber, and full of allegory like DC’s Man of Steel and Batman vs Superman. It isn’t as inspirational as Wonder Woman or as endearing as Shazam! It’s more like an R-rated version of the campy Adam West Batman series from the late 60s – but with women. Whoever thought this was a good idea deserves an award.

Harley Quinn. How can you NOT write her for laughs? And that’s exactly what you get in DC’s latest R-rated comic book gonzo film Birds of Prey (and the Fantabulous Emancipation of One Harley Quinn), a film that owes more to the 1960s Batman series than any recent DC film. 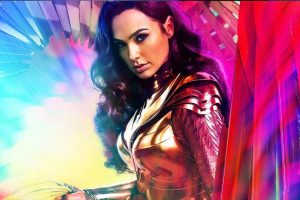 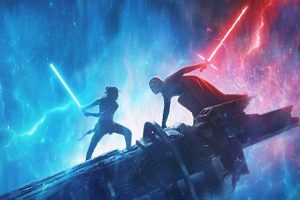 Star Wars: The Rise of Skywalker Is Worth the Price of Admission

In Wonder Woman 1984, It’s Love That Saves The World
We All Have a Soundtrack to Our Lives
Comment 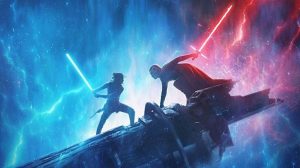 Star Wars: The Rise of Skywalker Is Worth the Price of Admission