New Netflix series details the struggles and social messages of Dirty Dancing with female empowerment and an illegal abortion at its center.

Did you know Dirty Dancing, one of the most beloved movies of all time, is based on a true story? Neither did I, until I watched the new Netflix series The Movies That Made Us, a spin-off of their popular The Toys That Made Us.  Did you know the movie almost didn’t get made because studio after studio thought it was overly focused on the female characters?

“They were really afraid of girls,” states producer Linda Gottlieb, a childhood friend of the film’s writer Eleanor Bergstein, the real ‘Baby’ of the story, who went to secret dirty dancing parties in the early 1950s. This form of dancing, as described in the movie, was a street form of dancing that involved grinding and, well, it was the closest thing to sex teenagers could do with their clothes on.

“It was a woman’s story, told by women, which was a rarity,” actor Wayne Knight remarks, regarding how every major and minor studio turned the script down.

But Vestron, an early distributor of VHS films who’d begun losing business when the major studios got into the video cassette business, decided turnabout was fair play. They started their own production house for original films and immediately began reading rejected scripts from the big players in the industry. One of those was Dirty Dancing and the insiders at the fledgling company loved it. So with a team of largely inexperienced film makers, a classic was born on a B-movie budget of $4.5 million.

The theme of Dirty Dancing, as detailed in the film, was really one of social and political class structure and female empowerment.  The class struggle was represented by various dances – the sexy grinding-style reflected the underclass. The Foxtrot upstairs represented the establishment and wealth. Though many people came away from this blockbuster thinking they’d seen a sweet coming of age film whose main characters, portrayed by Jennifer Grey and Patrick Swayze, had sexual chemistry that was off the chain, some of us knew it was also making a social statement in regard to the coming women’s liberation movement.  The main character’s political awakening is front and center, as indicated by her outspokenness and, more importantly, her willingness to help a woman get an illegal abortion.

“Baby’s gonna change the world.” Her father says in the movie.

But if you’re the type that hates hidden political messages in movies (not sure how you avoid them because they’ve been a part of movies almost from day one), this episode is an amazing backstory on how a big movie gets made on a limited budget. Through archival outtakes and interviews with the people involved, it tells the saga of obtaining music rights, on-set accidents, an iconic scene that was actually outtakes of Swayze really losing his temper with Grey, Vestron’s battles with the MPAA over the movie’s original R rating, and how a test screening saved the movie and helped it become, at the time, the most profitable independent production of all time.

If you’re a movie nerd like me, you’ll have the time of your life with this episode and, really, the entire series streaming now on Netflix.

New Netflix series details the struggles and social messages of one our most beloved films. 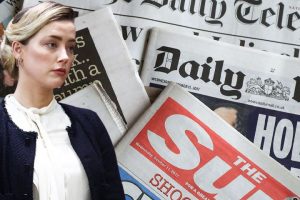