After Johnny Depp fans spent the better part of a year demanding Amber Heard be fired from the next Aquaman movie, it's actually Johnny Depp who finds himself axed by Warner Brothers.

After Johnny Depp fans spent the better part of a year demanding Amber Heard be fired from the next Aquaman movie, it’s actually Johnny Depp who finds himself axed by Warner Brothers. The fading former A-lister confirmed in an Instagram post Friday, writing, “I wish to let you know that I have been asked to resign by Warner Bros. from my role as Grindelwald in Fantastic Beasts and I have respected and agreed to that request.”

Warner Bros released a statement as well, declaring the role would be recast: “Johnny Depp will depart the Fantastic Beasts franchise. We thank Johnny for his work on the films to date. Fantastic Beasts 3 is currently in production, and the role of Gellert Grindelwald will be recast. The film will debut in theaters worldwide in the summer of 2022.”

This comes on the heels of Mr. Depp losing his libel case against The Sun, in which the presiding judge agreed that the actor has been, indeed, a “wife-beater.”

During and since the summer trial in which Depp’s legal team sought to portray him as the actual victim of abuse, heralded ‘evidence’ leaked to the press and rumored to turn the tables on Amber Heard disappeared, faded away, or wasn’t used in the trial. Last month Judge Bruce White, who will be presiding over round 2 of the famous ex-couples legal battle, dismissed Depp attorney Adam Waldman from the case after learning the lawyer had given the press confidential and possibly doctored/edited information covered under a protective order. Rumor is the part of that cache of leaked material was the infamous edited/manipulated audio recording between Amber Heard and Depp. The unedited audio is 2 hours in length and was selectively cut down to 46 minutes before the public heard it through various sources. 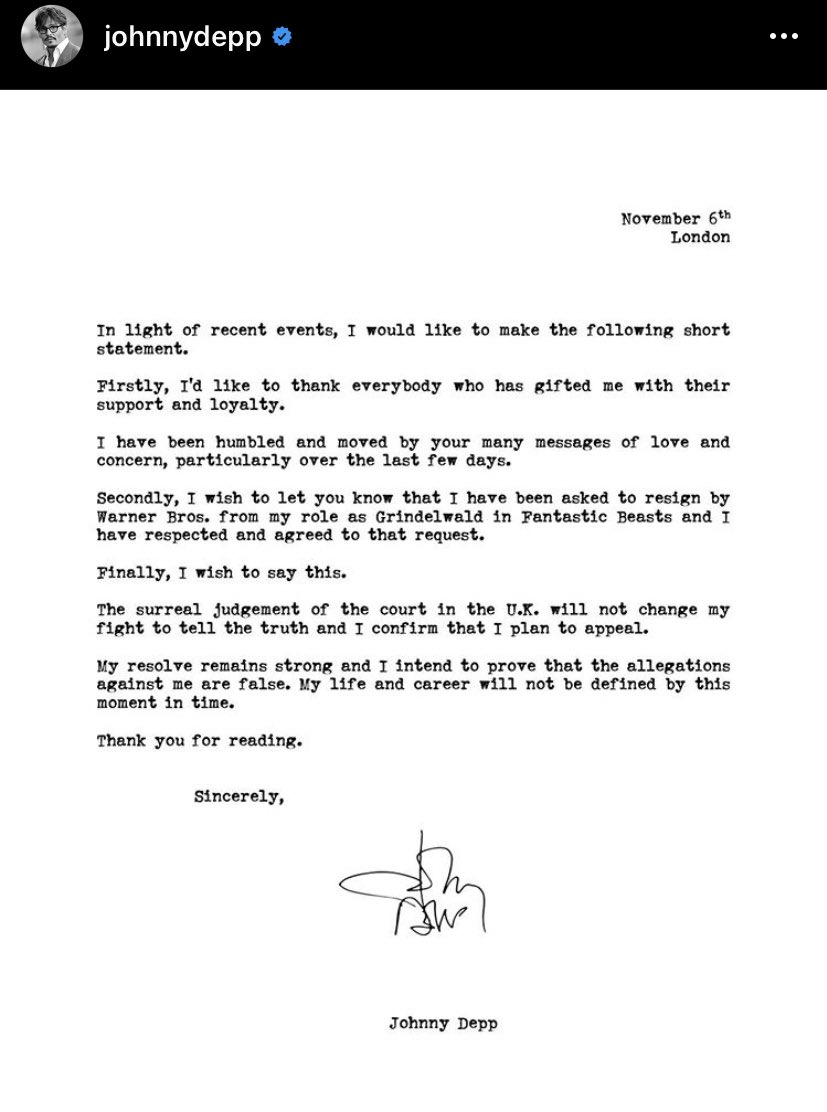