To say the reporting on Heard’s story has been lacking in contextualization, nuanced understanding of IPV, and abounding in sensationalism would be an understatement.

“Domestic violence is rooted in power and control, with one partner choosing to abuse to gain control over their partner.”
– National Domestic Violence Hotline

Quick recap: In 2016, Amber Heard was granted a domestic violence temporary restraining order against her now-ex-husband. In 2020, a judge from the UK High Court (who wrote a whopping, must-read 129-page document to explain his verdict) and two judges from the UK Court of Appeals found that said ex battered her twelve times and raped her.

In 2022, both were found to have been defamed by a jury in Virginia. Him by her for three statements in an Op-Ed (including the title wasn’t written nor approved by her); her by his attorney, who claimed she made up a “hoax” to cast her then-husband as a violent, property-destroying abuser. The verdict has been criticized by CNN analysts and even an attorney from the Supreme Court of India.

To say the reporting on Heard’s story has been lacking in contextualization, nuanced understanding of IPV, and abounding in sensationalism would be an understatement. One could choose not to blame trade publications and newspapers for lacking in areas not of their expertise. Still, when claims that have been debunked multiple times are brought up repeatedly with no mention of the debunking, that’s just shoddy, poorly researched reporting.

For starters, a Variety article about Dakota Johnson lamenting social media users involving her in the discussion of the VA trial embedded a tweet with the allegation that Heard severed her ex’s fingertip. It failed to include that allegation has been debunked by medical records, text messages, and even audio where he is quoted as saying, “I cut my finger off.” All of this has been available since the UK trial, except a medical record that appeared online before and the audio played in Virginia. Another issue would be “poogate,” which was debunked in the UK Court with the Judges finding one of the then couple’s dogs to be the culprit. The dog lacked complete mastery of its bowels and had previously “[shat] on” Heard’s ex while he was sleeping, as revealed by evidence in the form of text messages.

The reporting of audio where Heard says she hit her ex is more problematic, as no article mentions it is tied to another audio where the couple is discussing the same fight, and her behavior is revealed to be a response to his hurting her by pushing a door over her toes (this was discussed in court), something the often-discussed other audio also hints at. Another audio falsely represented Heard taunting her ex that he wouldn’t be believed as a victim because he is a man, when in reality, the conversation, in context, was about the power and control disparity between the former couple, physically and in the relationship as a whole. She added on the stand: “I didn’t say it because he’s a man; I said it because he’s a man who beat me up for years,” referring to their unequal power dynamic. It’s also worth noting that she doesn’t say “a man,” but “man,” which is apparent after slowing down the audio, so there isn’t any gendering in the discussion.

It’s especially interesting since Heard’s evidence doesn’t seem to get the same coverage. Some examples include texts between her and her ex-husband’s assistant where they talk about the performer kicking her and that she tried to leave the relationship several times due to similar incidents, but was talked into coming back; texts between Heard and her mother that include pictures of her bruises, audio of her ex-husband talking about headbutting her, apologizing for having made a “huge mistake” when “beating the shit out of her” texts where he writes he “pounded and displayed ugly colors to Amber” (a cycle of violence and regret that matched her account and not his, per a participant on the BBC documentary on the UK trial), texts where he fantasizes about shooting Heard’s therapist, texts where he apologizes to Heard and claims to be “in a place of shame and regret” over his behavior towards her, audio where he says he wants to cut her, then tells her to cut him and when she refuses he says he’ll do it anyway while she pleads with him not to, an email where he is angry over a film having semi-nude scenes of her character as her contract said no nudity, even though said semi-nudity was performed by a body double and not Heard herself precisely because of that, texts where he uses derogatory language regarding her sexual orientation, reports that Disney was concerned about his behavior towards her, reports where TMG Management claimed to be aware of the situation, texts where she has to explain herself for getting a job, audio where he tells her he gets crazy when she works, texts to his personal doctor where he insists he is “the CLIENT” and wants his personal medical staff to keep Heard medicated, not matter what she says, etc. Then there are the texts between him and Paul Bettany where the former fantasizes about drowning, burning, and raping her corpse got traction long after they were first brought to light, and the focus was on Bettany’s embarrassment over them instead of their violently misogynistic nature. I could go on, but then this article would become a book.

Ellen Barkin is left out of the conversation in a too facile and cavalier way, too. The press has made Heard the only woman to have accused her ex of violence, but that’s not the case. Barkin had a brief fling with him in the mid-90s and testified in favor of Heard both in 2020 and 2022, claiming “there was always an air of violence” and referred to him as “verbally abusive.” She said he had once thrown a bottle in her direction that landed close to her face in a rage, characterized him as “very controlling” and as angry as he was jealous, the two characteristics often mixing. She recalled he would react negatively if she was in the company of other men and became angrily jealous after he saw a scratch on her back which he believed was proof she had slept with someone else. Excluding Barkin does a disservice to her story, bravery, and allyship, while once again negating the possibility of spreading the knowledge of characterizations that corroborate Heard’s claims about her ex-husband’s character like in their nearly-five-year relationship.

I assume part of the reason all this is not cited as often has something to do with Johnny Depp‘s powerful PR machine and publications not wanting to piss it off lest they lose access to that PR machine’s other clients (why do you think Casey Affleck’s Oscar campaign was so quiet on the sexual misconduct front? The publications didn’t want to lose access to the likes of higher profile stars driving the campaign like Matt Damon). It’s got to do with his infamous litigiousness, too, as his former agent Christian Carino testified in VA that his appetite for lawsuits sullied his reputation and made people wary of him. To give you an idea, he’s sued more people than President* Agent Orange, as Spike Lee calls him, in recent times, per Carino.

The power disparity, which creates domestic violence and can only be one-sided, per experts, between Heard and her former husband is often a throwaway line in many articles; this does a great disservice to the reporting of the case. Treating what does or doesn’t create domestic violence this way only contributes to the lack of contextualization not only of this case but every case regarding allegations of domestic assault and rape and contributes to the continued ignorance the public has demonstrated to have regarding the issue.

One particularly interesting but not surprising turn of events is the collective amnesia the press developed after Heard first came forward with her story in 2016. This case of amnesia takes a particularly dark turn when the forgotten stories that were published mirror or find confirmation within Heard’s account. In written and verbal testimonies, she attested her ex-husband was against every clothing choice that was too sexy/revealing for his liking and such clothing on Heard would cause him angry outbursts. In 2014, Marie Claire published an article titled “Is It Just Us, Or Has Amber Heard’s Style Changed Since Dating Johnny Depp?”. The writer noted her 2014 Cannes dress looked like “slouchy white tee haphazardly tucked into a metallic skirt” and ruminated on how before the relationship, Heard had a “va-va-voom” style that showed off “her figure with a sexy silhouette.” On the other hand, her newer fashion style was more laid-back, relaxed and under-done, comparing it to that of her then-fiancé. Still, after Heard’s testimonies about the enforced dress code, it doesn’t seem publications have been so willing to revisit what looks like a giant red flag in hindsight. In 2016, a series of red carpet pictures and candids of Heard with visible bruises dating from 2014 to 2016 were published side by side with the headline “What Caused Amber Heard’s Mystery Bruises in the Last Two Years?”. After she was granted the TRO, it was forgotten while the focus shifted to negative bisexuality stereotypes.

More recently, while Savannah Guthrie was interviewing her, her ex’s team used a set of pictures (mostly glammed-up public appearances multiple days/weeks following events Heard discussed in her witness statements and testimonies) to counter her claims of having been injured were shown. Bafflingly, one of them, from a private photoshoot on a beach fifteen days after one of the events above, showed Heard with a visibly swollen nose.

Perhaps it all comes down to one reason: it’s not the easy clickbait the algorithm vibes with so well. Independently of the reason, journalism is lacking and incredibly inappropriate given the serious, sensitive topics at play.

Chilling moment Johnny Depp repeatedly begs Amber Heard to cut him as he holds knife and says: ‘If you don’t, I will’ | The Sun

Does Mutual Abuse Exist? If Someone is Reacting to the Abuse is that Abuse? — Dr. Betsy Usher (drbetsyusher.com)

‘It was an unpleasant feeling’:Paul Bettany on having texts to Johnny Depp about Amber Heard made public | The Independent 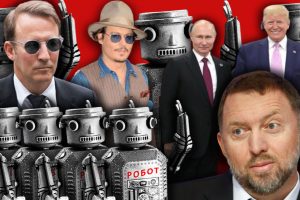 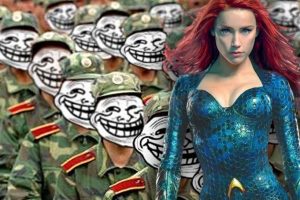 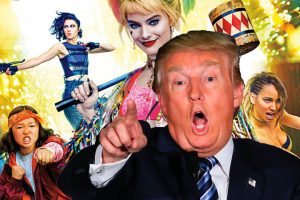 Mia is a writer, photographer, lifelong pop culture evangelist, and a Doctor in Languages and Communications.